One day after we arrived back home in the cold but beautiful winter of Quebec City, it is now time to paint a post-mortem picture of our experience at PAX South. It was our first big event outside some local ones, and as such, it is now time to reflect on what we did well and what can be improved. Let’s dive right into it.

The reaction from the public was overwhelming!

If there’s one major highlight for our small team at PAX, it is the overall amazing and overwhelming reaction from the crowd towards Light Fall. You know, we’ve been working on this whole thing since last March, and like many other studios out there, we’ve had our ups and downs during development. It wasn’t always easy and there is still alot of work ahead until we are ready to release the game, but the boost we got this weekend was simply unreal.

We really didn’t know how the general public would react to the game, and after this amazing weekend we are even more dedicated to make the best game possible. We don’t want to disappoint you guys and we wont! 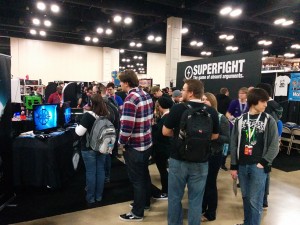 Having a booth full of people is always nice!

PAX South is there to stay

In my opinion, PAX South is there to stay. Despite being the first edition ever, the event ran its course without any major problem. The public showed up, the games presented were insanely fun and the people organizing the event did a tremendous job (the Freeman guys, all the expos, etc.). We definitely had an amazing time in Texas and are hyped to come down there again next year (we can also catch a short break from the cold heh). Quick high-five to Steve, our expo at PAX. He made us at ease for us first big event and he is a very genuine and funny guy. We wish you the best Steve! 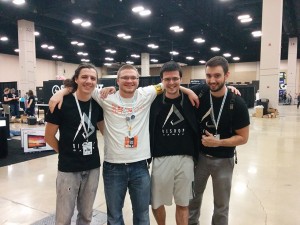 Steve! You’re welcome in Quebec anytime, if you ever want to freeze with us…

An opportunity to meet the rest of the industry

Being based in Quebec City, it is sometimes difficult to reach out to the rest of the industry. PAX South was a great opportunity to meet all the other devs, the publishers, the marketing guys and the rest of the industry, as well as meeting the public. For Bishop Games, it was also a chance to get some exposure outside of Quebec, something we lacked badly. We want to thank all the members of the media who showed up at our booth and took the time to talk with us. We hope you liked Light Fall!

We never thought we would ever get featured on websites such as IGN for example. I had to pinch myself when I saw the video review and the article! 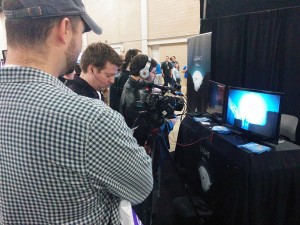 IGN really gave us a big boost on Sunday. Thank you again Vince!

Despite an overall successful PAX, there are some things that could have been better on our part. Firstly, we really underestimated the sheer amount of people that would be there. I think we had 4 shirts left after the first day, and we ran out of cards as well. We also took people emails for the newsletter on a hotel notepad. Let’s say that adding them to our database one by one wasn’t the most pleasant thing I did in my life!

Also, we only had two playing stations. At some point during the weekend, people had to wait a good 15-20 minutes to try out the game. Some even left before they had a chance to play because there was so much to see in such a short amount of time. For the upcoming PAX East, we will definitely be more prepared.

Lastly, we also underestimated the tax on our bodies these days would take. We were honestly exhausted at the end. To be quite honest with you guys, my feet still hurt and my voice still hasn’t recovered. Oh well, no pain no gain they say right?

A picture is worth a thousand words

I’ll finish this post with some cool pictures we took during the event. Hope you enjoy! Also, we would like to welcome our newest subscribers. Thank you for the support, we’ll try our best to make you guys proud :) 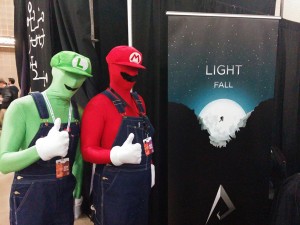 Light Fall is now Mario & Luigi approved. Quite the feat. 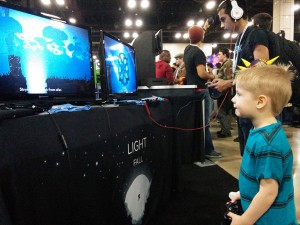 Believe it or not but this little guy played most of the first level without problems. Not bad huh? 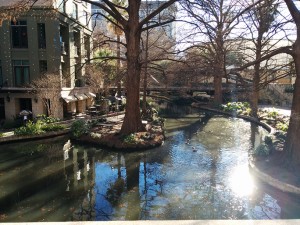 San Antonio is a beautiful city. The riverwalk in the morning is quite the sight.