PAX South 2016: Recap and catching up on Light Fall…

Two weeks have passed since our trip to PAX South 2016 and now that the dust has settled I figured it would be a good time to do a little recap on our event.

It was only the second edition of PAX South ever, but we could see things had changed in one year. The event was bigger; it seemed more studios and fans were attending this time around. Once again, we met a lot of great people and even saw some familiar faces too. People that were there the first year came back to our booth and some also said they had supported our Kickstarter back in May. It was a great to chat with you all!

We were also thrilled to come back and show the changes we had made on Light Fall in the past year. We felt that our Speed run mode addition was very welcomed by the more hardcore fans. With both the Story mode and the Speed run mode, Light Fall now caters to most platformers fans. No matter if you prefer a more story-oriented approach or challenging and competitive gameplay, you can experience either. Whatever floats your boat as they say. 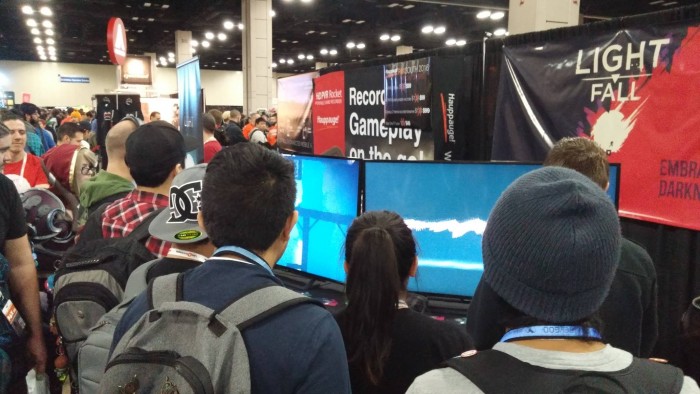 The weekend was busy as usual! 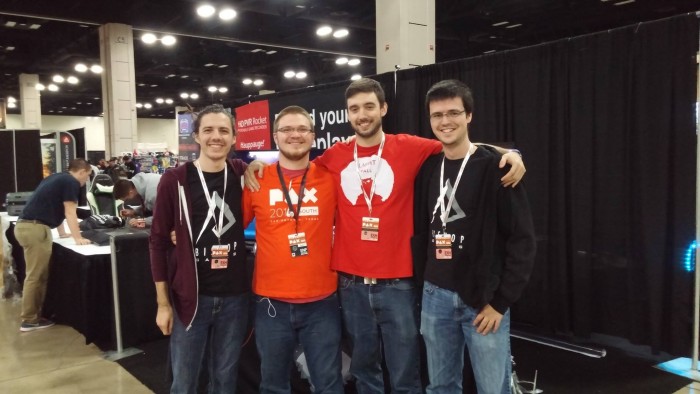 One year later… Steve, our PAX enforcer, was still there with us!

It was our third PAX, and our second time at South specifically. We were very excited to visit San Antonio again, not only because it is a beautiful city, but also because it was here that we attended our first exhibition, one year ago.

This time, we rolled with three other studios from the Quebec area; Berzerk, Chainsawesome Games and Parabole. We rented two apartments for the trip and lived together for the week surrounding PAX. Our stands were all in the same alley, cornering the four spots. ”The French corner”, it was jokingly nicknamed by the PAX enforcers. We also met two other studios from Montreal; Spearhead Games and Clever Endeavour. It was really fun to hang out with these guys throughout the weekend. 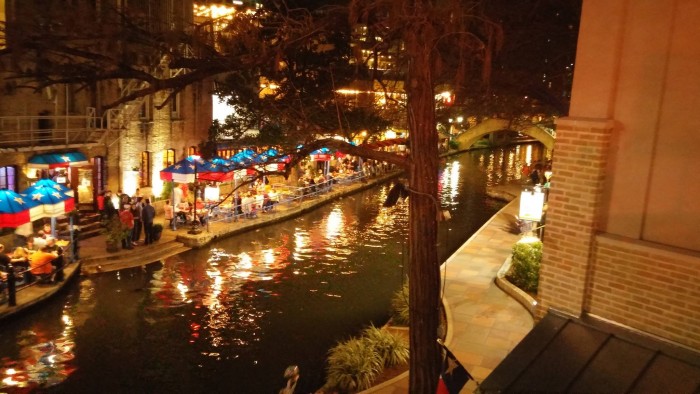 It was great to see the beautiful Riverwalk once more.

While we’re no pop stars, this PAX made us realize that we were slowly gaining recognition from the fans and the press. Our media bookings were rolling for the entire weekend and we even got approached by Twitch to be on the main stage on Saturday.

It was a stressful but fun experience. Light Fall had a 15 minutes segment where we showcased the game on Twitch while answering questions. We are starting to get used to media interviews, but being on the big stage in front of all the people is a different animal! In retrospect, I think the interview went quite well! At one point, I was too busy talking and answering questions and I didn’t have enough time to complete the last level of the demo! I remember explaining some thing about this particular level when I heard ”one minute” in my ear, only to die on my playthrough a few seconds later. Fun times!

You can check the whole coverage here (Light Fall segment starts at 06:16:30). 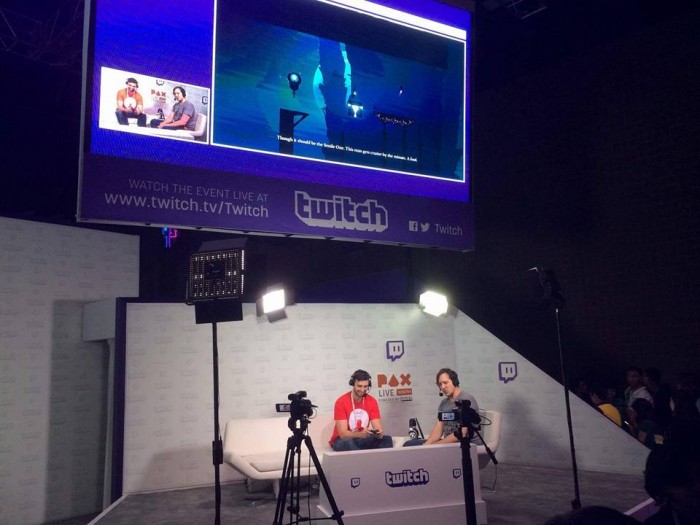 Ben on the Twitch Stage for the Light Fall feature.

We will have a dedicated post to update you all next week, but what I can tell you is that the Marshlands, the second region of the game, will be absolutely amazing! We’ve been working really hard on that in the weeks prior to PAX and we are wrapping things up nicely. We hope you guys will enjoy what we will have to show next week!

That’s it for now, stay tuned and keep supporting us! It means the world to us!
-BEN