By Benoit Archer
with 3 comments

Hello there! If you have watched today’s Nindie Showcase, you have probably seen Light Fall in there. That’s correct: Light Fall is officially releasing on Switch and Steam (PC/Mac). For the occasion, we presented a new gameplay trailer that you can watch below.

This announcement comes after two months of hard work, where we focused mostly on the Switch port of the game. We are now proud to say that Light Fall will be available on both platforms (Switch and Steam) early/mid April!

Yep, you read it right. While our initial release target was end of March, our plan was spoiled by an untimely crash bug that started to occur randomly. The bug is triggered in transitions between a level and a cutscene or between a level and the menu, but also doesn’t happen all the time.

This, obviously, means that we failed to obtain a ‘Gold’ version of the game. We are currently working hard to fix this issue, which is the last obstacle standing in our way. It’s unfortunate, but these things happen and we just have to buckle up and deal with it. It’s hard to say when exactly the release will be, because the submission process is not that simple, but we are targeting the first two weeks of April. Obviously, an update will follow as soon as we have more details on the situation.

We realize that we have talked about these consoles in the past. Several times, even. But sometimes… plans change and partnerships develop and evolve unexpectedly. This is what happened with Nintendo. It’s true that we’re launching on Switch and PC first, but it doesn’t mean we have forgotten about PS4 and X1. We will see how the sales go and we will adjust our strategy accordingly. Rest assured that these two consoles are definitely our next target.

Another surprise from today’s announcement was that both the Story Mode and Speedrun Mode will be available on Switch/Steam at launch. The Story Mode will offer a narrative and more casual experience while the Speedrun Mode will provide an opportunity to compete and race the ghosts of players from all around the world! Do you have what it takes to climb to the top of the leaderboards? 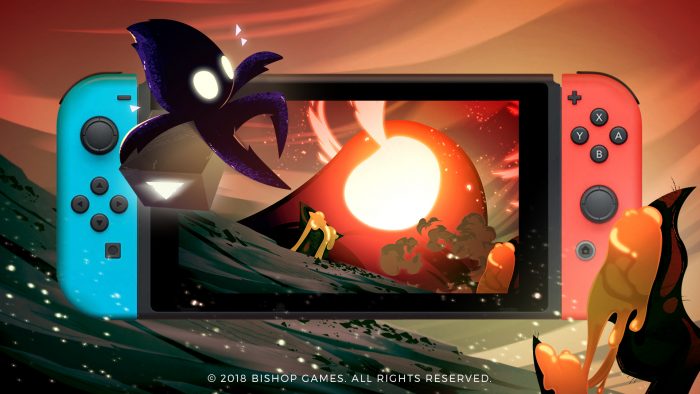 Once again, we apologize for this delay. We know it sucks. But our motto has always been about taking the time necessary in order to make this game a reality. And this is exactly what we’re going to do fixing this issue.